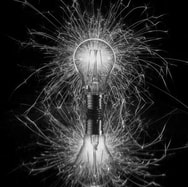 The core premise behind a collaborative network can vary.  It's raison d'etre could be any number of factors such as: broadened expertise, access to resources, expanded market coverage or relationship management.  Whatever the reason, there is one benefit that all collaborative networks have - increased neurons focused on achieving a desired outcome.  It may be a cliche, but two heads really are better than one, and collaborative networks typically have many heads all focused on the same objective(s).
More neurons means more core intellect and an elevated collective intelligence.  Some would argue that collective intelligence can only be as high as the most intelligent person in the network, but this is only partially correct for two reasons.

Second, more neurons adds more collective 'horsepower'.  It's analogous to adding more parallel processors to a computer; the 'intelligence' of the computer is not increased but it's ability to process information concurrently is increased.  More neurons (people) within a collaborative network means that it can process more ideas at the same time.

So, collective network intelligence (CNI) is equal to the sum of the peak IQ, EQ, AQ and RQ of the group multiplied by the groups ability to operate concurrently.  That's why so many great ideas emerge from effective collaborative networks.