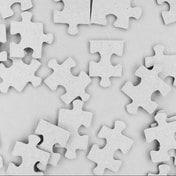 In the early days of technology services, organisations outsourced their entire IT functions to service providers who took over responsibility for everything – staff, facilities, equipment, training, etc.  The provider effectively became their clients IT department.

​This ‘single-source’ model worked.  Buyers got improved service levels for lower (and more predictable) costs while providers got guaranteed revenue streams and solid margins that took advantage of economies of scale and falling IT costs.  Over time, the big service providers acquired large portfolios of customers and developed enormous IT inventories and broad skill sets.
But, by the mid-90’s technology environments were becoming increasingly complex, the number of technology vendors was exploding, “as a service” models were maturing, and buyers were less enthusiastic about multi-year contracts that locked them into rigid technology approaches.  The pressure on single-source outsourcing reached breaking point when some high-profile outsourcing failures became (embarrassingly) public.
A new trend of  (2nd generation) disaggregated supplier environments emerged, and technology buying evolved into a process to select the most appropriate supplier for each key IT category rather than one supplier for everything.  In theory, this approach provided the buyer with increased choice and flexibility while spreading risk among several providers instead of just one.  Unfortunately, while the theory played out in terms of increased choice and flexibility, it didn’t prove to be accurate for reduced risk.  In fact, some argue that risk is increased with more providers meaning more opportunities for unforeseen capability gaps and/or system failures.

In recent years, the outsourcing model has further evolved into a 3rd generation that includes service integration as a way to reduce the risk (while maintaining choice and flexibility).  Buyers engage a services integrator and manager (SIAM) to manage a network of suppliers on their behalf.  The SIAM, rather than providing any specific service, acts as a central point of integration.  They actively manage suppliers and ensure that everybody is performing in line with expectations and according to defined contractual agreements.

But issues still arise!  The uncomfortable truth is, when there are dozens of potential points of failure in hugely complex environments, failure is inevitable (at some point), whether or not there is a central point of integration and management.  It’s how those failures are managed that matters.  And this is where collaboration comes into play.

In standard 3rd generation environments (Gen 3a), each supplier is responsible for delivering its specific set of responsibilities, tied to an individual contract and supported by clearly defined service level agreements.  But each supplier has only passing interest in the deliverables of any other supplier in the network, even if they are directly dependent on them.  When one suppler fails, the others simply pull back and wait for the problem to be resolved.  Chances are, they’re concerned that their client’s operations are compromised, but relieved that they weren’t the ones at fault and incurring contractual penalties.

In collaborative 3rd generation environments (Gen-3b), each supplier is not only responsible for its own deliverables but also for the general health of the entire environment.  They have a sense of shared ownership and responsibility for the overall goals of the network of suppliers.  Individual service levels are important, but so too are collective service levels.  In the instance of a failure, all suppliers work together on rapid problem identification and resolution.

This may sound at best inconceivably naïve and at worst impossible, but it can be done ... using collaboration agreements.  It’s easiest in ‘green field’ environments that are built from the ground up, but can also be accomplished in pre-existing ecosystems.  The trick is to start at the lowest levels of collaboration, establish recognition of value, and then expand from there.

At the lowest level, collaboration agreements simply define basic communication channels between critical parts of the supplier network.  They are designed to get people accustomed to talking to each other (in a common language) so that when problems arise there are pre-established platforms for discussion.  The ability to bring everybody together to discuss an issue at short notice is a surprisingly difficult task.  If the communication protocols and tools are already in place, and everybody knows how to use them, problem resolution is much easier!

At the next level, collaboration agreements define coordination – identifying inter-supplier touch-points and hand-offs.  This becomes especially important when issues arise that manifest themselves in one area but originate in another.  Clarity around supplier alignment streamlines root cause analysis, resulting in faster (and easier) problem identification.  Better coordination also enhances understanding between suppliers, builds relationship affinity and ‘cements’ relationships over time.

At the highest level, collaboration agreements define cooperation – identifying the core expertise and/or resources that should be applied when needed for problem resolution.  This is by far the most challenging aspect of collaboration agreements since most suppliers are very reluctant to commit time and effort to unknown activities that are not necessarily of direct relevance to them.  But, if the commitments are kept within the bounds of acceptability, and there are rewards for participation, they can be obtained.

Collaboration agreements are still relatively new instruments and not widely employed.  It’s true that they take effort, but they significantly de-risk complex technology environments.  On the one hand, they reduce the chances of failures occurring through better inter-supplier relationships and corresponding reductions in gaps and overlaps.  On the other hand, when issues arise, they enable faster problem resolution by virtue of pre-defined protocols coupled with increased collective understanding of the entire ecosystem rather than just individual areas of responsibility.

There are a variety of ways to configure collaboration agreements and different techniques for getting people on board.  If you’d like to discuss further, get in touch.  We’d love to hear from you!